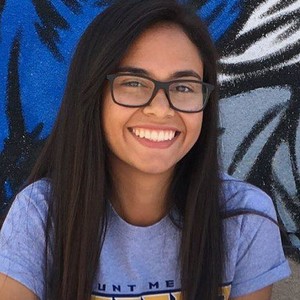 I am a women's soccer player at NAIA D1 institution Mount Mercy University. I play CM as well as CAM, but I also have experience playing RW and CB in college and RB and GK in high school. For two years I have served as volunteer assistant coach for FC Golden State OC G05 (now known as OC United). I also ran a soccer camp for 2-6 years olds in OC United. I have played soccer for 10 years. Lettered in High School since my sophomore year and played club for four years. In 2012 and 2013 I made the Mexican National Team pool after initial tryouts in Ciudad Juarez, Mexico and Cerritos, California.

All languages in which the lesson is available :

I believe the key to making a great soccer player starts with technical proficiency. As a youth player, when I was able to improve my technique I improved drastically. I made the Mexican National Team pool with only 3-4 years of playing experience under my belt due to my concentration in technical ability during training. My training sessions will be centered on increasing the player's technique on the ball, this includes dribbling, trapping, juggling, shooting and passing. There will also be an emphasis on the ability to have the same high level technique on tired legs.

All languages in which the lesson is available

All of our reviews are collected by us and are 100% reliable. They correspond to a real experience had by the students of Andrea.

The first free lesson with Andrea will allow you to get to know each other and clearly specify your needs for your next lessons.

Describe the problem encountered on this ad