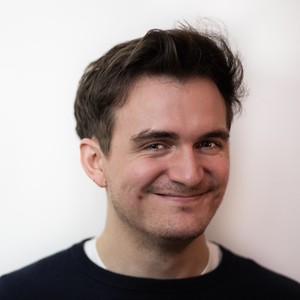 My teaching style is all about finding what works for you. Everybody's mind, body and voice is unique and needs care and attention. As a teacher, I am warm, friendly and open. I am as much about helping the student to find their confidence as I am about building strong technical foundations.

If you are looking to go to a Drama School, want to study for a qualification, or improve your skills in any other way, I am more than happy to help.

Our lessons will always be a dialogue, but I will lead you through technical exercises, song and script study, different genres, voice technique and all sorts of other fascinating areas!

As an actor, I recently played Buddy Holly in the 30th Anniversary UK Tour of 'Buddy: the Buddy Holly Story'. Before that I was in the Original Cast of 'Cilla the Musical'. I've also played 'Guy Haines' in 'Strangers On A Train', 'Edward Wells' in 'The Martian Invasion of Earth' (opposite Richard Armitage) and 'Will' in 'For The Time Being' for BBC Radio 4, to name just a few.

As a singer and musician, I have performed to hundreds of thousands of people all over the world, from venues such as The Savoy, Pizza Express Jazz Club in Soho, the Cavern Club and the Liverpool Empire to the Arctic Circle (and I'm not kidding!). My band 'The Big Three' also just released our debut EP, available now.

I have worked as a session musician on countless projects, with clients including the BBC, the short films 'Cupcake' and 'Latter-Day Saint', as well as on many ads for companies such as Gumtree, IKEA and CompareTheMarket. I have also worked as a musical director on projects such as 'When I Came Home After 15 Years' (The Cockpit Theatre), Looking for Elvis (Oxford New Theatre), and as a choir master for several touring shows including 'Jesus Christ Superstar' and 'Joseph and his Amazing Technicolor Dreamcoat' for Bill Kenwright LTD.

I have also been teaching for 15 years and in that time have taught hundreds of students, who have gone on to receive some of the highest grade 8 results in the UK, to some of the best Drama Schools in the country and to perform in West End and touring shows themselves.

Please get in touch for specific rates.

Cancellations must be over 24 hours before the lesson, otherwise a charge is mandatory.