Some of the Most Amazing Facts Chemistry Offers BlogAcademiaChemistryFun Chemistry Facts: The Science they don’t Teach you at School

Let’s put the theoretical and analytical problems of chemistry aside for a moment. Let’s forget about your next equation, or the diagram you are supposed to be working on. Let’s leave your experiment or calculation to another day and clear your mind of all those important chemistry words you need to learn.

Rather than thinking about moles, chemical compounds, or transition metals, let’s focus on the fun parts of chemistry, the amazing bits, the reason why you chose a course in the chemistry department in the first place.

Chemistry is not all Avogadro, covalent bonds, or functional groups. It is inspirational. Let’s take a look at some of the most amazing facts in chemistry. 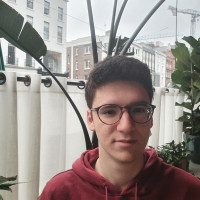 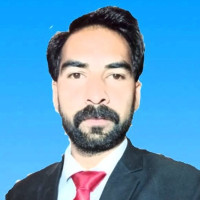 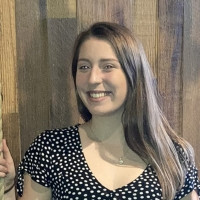 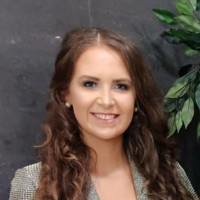 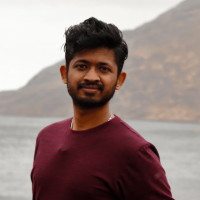 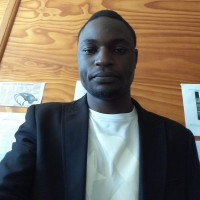 When Chemists Invented things by Accident

There have obviously been plenty of game-changing chemistry discoveries. Here are some that didn't go exactly according to plan.

The story goes that, some two thousand years ago, a cook was busy preparing a meal when he accidentally mixed three ingredients very common to the kitchen: charcoal, sulphur, and potassium nitrate. (The latter substance, commonly known as saltpetre, had been used for a long time as a food preservative.)

When the three chemicals were mixed and heated, they gave off a huge bang – as the substance created was essentially what we now call gunpowder! The cook is thought to have then pushed the mixture into a cane of bamboo, and, due to the pressure from the build-up of gases, the explosion this time was even bigger.

So, next time you look at fireworks, think of the Chinese cook who made them two millennia ago!

After the American Civil War, a wounded soldier called John Pemberton was looking for a way to make some money (and to quit his addiction to painkillers). He was a pharmacist, and he tried a number of chemical experiments to develop a drug that he could sell. All of his experiments failed commercially – apart from a ‘medicine’ based on the coca plant that he claimed helped nervousness.

This medicinal drink became Coca-Cola, but not before Pemberton sold the recipe, and died! It was another man – not a scientist but a businessman – who turned the drink into the massive business it is today.

Humanity and a Spoon

Humans are made of atoms – billions and billions of them. But atoms themselves are nearly all made of nothing – pure empty space. Apart from the electrons, the protons, and the neutrons, they are in fact 99.9% space (one example suggests that if an atom were the size of a football stadium, the particles themselves would be much smaller than tennis balls)! They are held together only by waves and atomic forces – the sort of the things you learn about in physics.

If you were, somehow, to remove the space between all these little particles in the atom, they would be even tinier. Indeed, it has been said that, without this space, all the atoms in all the people in the world could fit on a spoon.

If you don't yet know about atoms, check out our run-through of the basic chemistry concepts to help you out.

How much is your body worth?

Your body, like everything else in the world, is made of chemical elements. The most common to be found in the body are hydrogen, carbon, oxygen, calcium, nitrogen, and phosphorous. Less than one percent of you is potassium, chlorine, magnesium, sulphur, and sodium combined. It’s quite interesting to think that all the stuff you use in the laboratory is there in your body too!

But if you were to break down your body into just the atoms and molecules of these chemicals, you might be surprised to hear that you aren’t all that valuable. Back in the 1920s, a chemist said that the total of these chemicals combined – at market price – was only about $0.85 (or about 60p). Right now, you’re probably worth just a little more – about one dollar!

After oxygen, carbon is the most common molecule in the body. This shouldn’t be so surprising, as this substance – which you should know from the periodic table – is one of the most abundant on the planet, and it’s been known to scientists for thousands of years.

Carbon has a million and one different uses – from the hydrocarbon used in petrol to the polymer used to make plastic. But one little thing seems quite amazing: from the carbon in your body, you can make almost 10,000 pencils!

We’ve known about atoms for a long long time

You might think that atoms, those fundamental little things we learn about in any chemistry course, were a more recent discovery. How could anyone know what was going on at such a tiny level without a microscope?

But, really, atoms were discovered a very long time ago, by a Greek guy called Democritus, in about 400BC. He was a philosopher – or a ‘natural scientist’, as they used to call it – and has been since called the ‘father of modern science’!

However, it must be said that he just guessed essentially, or at least that it was a very lucky hypothesis. It wasn’t until much later – the eighteenth century – that this atomic theory became accepted when John Dalton said it again.

Want to hear more about John Dalton? Check out our piece on history's most renowned chemists.

Glass is a liquid

This is a bit of a classic of chemistry facts, but it doesn’t get any less amazing. Glass is actually a liquid, rather than the solid that you might expect. Glass actually flows, just extremely slowly: if you take a look at old windows, you will see that the bottom of the pane is noticeably thicker than the top.

Why is this? Glass is made by cooling, very quickly, a molten substance. Because this cooling happens so quickly, it doesn’t crystallise. Rather, the chemical bonds in the molecular structure of the substance essentially tighten up, as they lack the thermal energy to move freely.

Whilst it doesn’t look like it, then, glass is really flowing – but it is flowing at a speed that would take it millions of years to do what water can do in a moment.

Water feels colder than air, even when at the same temperature

Ever been surprised when, on a hot day, you jump into what should be a warm swimming pool and it’s actually freezing? There’s a scientific reason for this.

Water, even when it is exactly the same temperature as air, will always feel colder. This is because water is seriously better at conducting heat than air, which really is a thermal insulator (that’s why we usually have a gap of air between two layers of bricks in our house’s walls). Air is much less dense than water, meaning that the atoms in it are further apart. Consequently, the thermal energy cannot pass through it so easily!

Check for a good A level chemistry tutor on Superprof.

This one is a real mindblower.

Most physicists agree that, in the whole universe, there are roughly about 10⁸⁰ atoms. That’s 10 with another twenty-five zeros on the end, or one hundred quinvigintillion. That’s a big number.

However, no matter how big that number is, there are actually more possible moves in a game of chess: 10¹²⁰. This number is just an estimate, made by a mathematician who was thinking about how to teach a computer to play chess. But it’s based on an average of thirty possible moves at any point in the game, with each game lasting, on average, eighty moves.

Knowing this, chess doesn’t seem so boring after all – and nor does chemistry!

Fun Facts about Acids and Alkalis!

You probably use alkalis (or bases) more often than you think, as they are the basic ingredient for household cleaners – substances like bleach, for example – and things like baking soda.

But you’ve probably been told in the past: ‘wear gloves whilst handling bleach!’. In the chemistry lab, or in an introduction to chemistry at school, you will also be told not to touch the alkalis. Do you know why this might be?

Because alkalis turn your hands into soap! They react with the fatty acids on your hands in a process called saponification. So, if you touch bleach, you will notice that you feel strangely smooth and slippery. This is because you are turning into soap!

Your stomach is full of acid – a mixture of hydrochloric acid, sodium chloride, and potassium chloride at different levels of concentration – that helps you to break down food and kill bacteria. It’s a sort of biological defence against any disease that comes through your mouth.

But this acid is amazing. As strong as battery acid – between one and three on the pH scale – this acid is powerful enough to melt metal. If it fell on your skin, it would burn right through.

Really, it’s a miracle of biology that we are walking around with this stuff every day.

The dichotomy between acids and bases that will dominate any basic chemistry courses is fascinating. But what’s fun is that, in this topic, the world of chemistry is so evident in nature, in the living things around us.

Take bees and wasps, the two villains of summer days – one bumbling but painful, the other evil-looking and vicious. These insects are the perfect mates, really, as they are also chemical opposites. The sting of a bee is acidic, whilst that of a wasp is alkali!

So, technically, the best way to help a bee sting is to get stung by a wasp – in the same place! – and vice versa. This should neutralise the pain!

If your thirst for chemistry knowledge is still not yet sated, try our pieces on the essential chemistry equipment and on all things chemistry!