Pros and Cons of Getting a Tattoo in Japan BlogLanguagesJapaneseShould You Get Japanese Tattoos?

Tattoo culture has always been more popular in the U.K. than in other European countries. That has probably something to do with the fact that Great Britain, being an island, is a nation of sailors.

It is a well know fact that even King George V, while only Duke of York and serving on the HMS Bacchante, got himself tattooed on a stopover in Japan, just before meeting the Japanese Emperor and Emperess. The royal tattoo trend was started by George V's father, Edward VII, when he visited Jerusalem and had a cross tattooed on his arm.

Following the example of the Royal family, many noble Englishmen, Army and Navy officers and even soldiers were encouraged to get one.

It is not surprising that today, one in every five Briton is inked, going up to one in three young adults being tattooed.

While having a tattoo in the U.K. is pretty standard, it is still frowned upon in Japan despite being a part of ancient folklore.

The question is: should you get one? 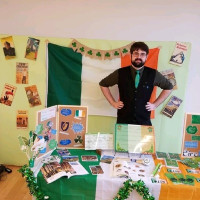 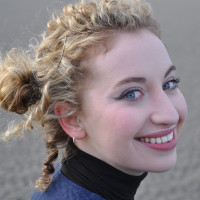 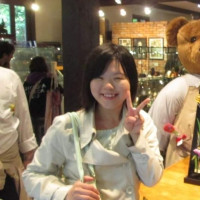 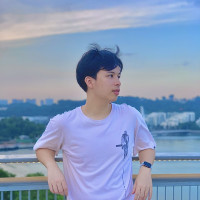 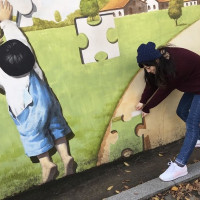 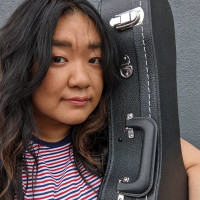 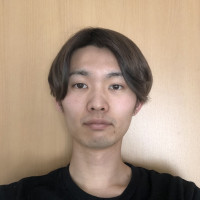 The tradition of tattooing in the Japanese culture can be traced all the way back 10,000 years before our era.

The indigenous people of the northernmost island of Hokkaido, the Ainu, have been using tattoo as part of religious and social traditions. Women of the Ainu people would receive their first tattoo as early as 12 years old and would receive more tattoos the following years.

By the age of 16, women's tattoos were usually completed, signifying that they were ready to marry.

As part of the animist religion and traditions in Japan, fishermen, hunters and craftsmen would get tattooed to be protected against evil spirits.

Historians think that tattoos began to be used as a punishment as early as 500 AD and roughly coincides with the organisation of the Shinto religion and the arrival of Buddhism in Japan.

From then tattoos would become a taboo and a sign of society's outcasts.

Some tattoo trends appeared during Japan's History, notably during the Edo Period when low classes and wealthy merchants alike seem to have been fond of getting inked.

At that time, irezumi, the traditional tattoo style, became strongly associated with firefighters, who wore such inked design on their skins to protect them against the flames. They also became a symbol of bravery and were held as heroes.

After the Meiji Restoration, things changed, and tattoos were completely banned. The Emperor and his government wanted to protect the image of the nation as westerners started entering the country freely (which did not prevent George V from getting a blue and red dragon tattooed on his arm in 1882, 10 years after the Meiji government made tattoos illegal).

The fact that the names of tattoo artist such as Hori Chiyo (the royal tattooer) were known all the way back to London shows that this art was doing well despite the law, even though artists faced prosecution.

However, the legalisation of tattoos did not bring down nearly fifteen centuries of taboo.

It would all change after World War II when the occupying American troops legalised tattoo again. Many Japanese tattoo artists began corresponding with their westerner counterparts, and many American and European tattooers came to Japan to learn the art of irezumi. One of the most famous of them is probably Sailor Jerry.

Still today, modern tattoos are linked to crime and the Japanese mafia. Some public place such as onsens, the traditional hot springs, will reserve the right to refuse you entry if you bear a big tattoo on your skin.

Should you have a small tattoo, they might just ask you to cover it with a band-aid or a small towel. Some travellers also reported that they had to stand back to the wall to hide their back tattoo from other patrons in the onsen.

More and more of these hot spring public baths have become tattoo friendly, a sign that Japanese society is changing, slowly.

Tip: if you're heavily tattooed you might want to find an onsen that offers the possibility of booking a private hot spring bath.

There are hundreds of tattoo studios in London and thousands across the country. Scotland and London are the two areas that count the most, and over the past 10 years, the number of studios has nearly doubled.

That is not surprising when you know that 20% of Great Britain's population has ink under their skin.

But in Japan, things are slightly different. Tattoo parlours don't usually advertise much and many artists are more or less underground because of the negative connotation of their job. Unless you have some Japanese tattoed friends, you will probably have to dig up addresses on the internet or in specialised magazines.

You will most likely find a tattoo shop in Tokyo, Osaka, Kyoto or Yokohama. The Asakusa Sanja Matsuri is one of the rare festivals where you will see yakuza proudly display their traditional full body tattoos.

Although there is a huge stigma when it comes to the tattoo industry, Japanese tattoo artists are among the most sought-after in the world, for the precision and aesthetic of their work.

The Japanese style tattoos are called irezumi, but a term you might hear or read as well is tebori.

Tebori (手彫り) which means "to carve by hand" in Japanese, describes the technique of tattooing by hand. Traditional tattoos do not use stencils for the outlines of the design nor do they use a tattoo gun.

Instead, the horishi (彫物師), the Japanese word for a tattoo artist, will free-handly draw the outline of the tattoo design before using a wooden handle with a metal needle attached to it. The needle is dipped into ink before the horishi force it under your skin.

This method that involves no mechanical equipment whatsoever take a very long time and is apparently (can't testify of it ourselves) more painful than the more common tattoo gun method.

Because of that, this kind of tattoo takes much longer, and so costs much more than regular tattoos. Besides, only a handful of tebori irezumi horishi still practices their art this way.

If you are getting a traditional Japanese tattoo, you should learn to speak Japanese to communicate if your tattoo artist.

Full body tattoo design cost at least £20,000 and can take up to 6 years to complete.

So if you fancy one of those, start saving now and book your artist a long time in advance.

But your tattoo will be genuinely unique, and you can be sure that any irezumi horishi is significantly qualified.

Just like in Europe and in the U.S. tattoo artist undergo a period of apprenticeship. In Japan, each apprentice will have to complete several years of formation with a tattoo artist master. During that time they traditionally live in the master's house, clean and prepare the equipment, observe, and practice on their own skin.

Only when their teacher has judged that they mastered all the required skills, will the apprentice become a tattoo artist and start working with clients.

Sometime the apprentice will take the name of the master that trained him and lineage of artists are common in Japan.

A Decision for Life

Tattoos are forever. So it is essential that one thinks carefully before getting inked.

Tattoos and especially Japanese tattoos (which usually cover a large part of the body) are often hard to hide. In a society such as Japan, it can be a wrong choice for you to get such a tattoo as it could cost you a job opportunity.

Many tattooed Japanese people actually hide theirs, and even yakuzas who used to proudly wear their tattoos have started to stop getting inked.

While the most expensive irezumi tattoos will be the one using the freehanded traditional method, it is more common in Japan to get a tattoo made with a mechanical ink gun.

The outline of the tattoo is usually still done hand-free but the filling of the design will be done using a tattoo machine, making it faster and (slightly) less painful.

However, this type of tattoo will still set you back in your savings.

You will have to spend between ¥10,000 to ¥15,000 (£65 to £100) per hour of tattooing. Many tattooists will also have a minimum charge of 1-hour. Because the classic Japanese tattoo will cover a decent part of your skin, you will have to spend at least a few hours under the needle or maybe have multiple sessions with the artists.

A fullback tattoo can take anywhere between 50 to 100 hours and will probably require you to go back and forth to the tattoo studio more than a couple dozen times to get it completed.

Overall this kind of tattoo can quickly reach more than 1 million yens (£7500). A big investment!

Find Inspiration in the Land of the Rising Sun

For this price tag and the lifetime commitment that such a tattoo involves, better be sure of the design in the first place.

A visit to the Horiyoshi Tattoo Museum might give you some ideas.

The design is one thing, you actually might want to choose where you want to get inked first. The position of the tattoo on your body will probably influence the size, style and esthetic of your dream tattoo.

You will also have to decide if you want your tattoo to just be artistic and decorative or to carry a symbolic meaning. Many symbols in Japan have a specific meaning.

The Phoenix will symbolise rebirth and triumph, a Japanese dragon tattoo will represent wisdom and strength while the tiger will protect against evil spirits and diseases.

Kanji characters are also very popular as a tattoo but make sure to ask your tattoo artist to check the meaning for you.

Even if you're looking at getting a traditional Japanese tattoo, feel free to include other styles of tattoo in your design. Japanese tattooers are very creative and are always looking to do their best to design a tattoo that will be perfect for you.

Tip: politeness is essential everywhere in the world but even more in Japan. When talking to a Japanese tattoo artist foreigners should remember to be very polite and humble, that will go a long way especially if you are looking for a big tattoo (you will have to spend a lot of time with the artist).

One of the best ways to find inspiration is to scroll down the Japanese tattoo shops' Instagram account. You will see all their work on there and often will have other tattooer commenting.

If you are looking for a traditional Japanese tattoo design or something more new school make sure you're sure it is perfect. No going back!

There's much to learn about Japanese Culture, & Japanese Literature with our further guides.