When one thinks of great names in painting, Picasso, Da Vinci, Van Gogh and Rembrandt easily come to mind. Where does Cézanne fit on that list?

For some, he may be an afterthought. For others, he would certainly figure in the top five best painters of all time; those with the most diversity of subjects and styles, whose list of works number over a thousand.

Paul Cézanne was indeed a prolific painter; in his roughly 46-year career, he created over 900 oil paintings and more than 400 watercolours.

In his time, art critics and connoisseurs alike mostly rejected his work.

To wit, after a scathing write-up in a local newspaper, residents of Aix left copies of that edition on his doorstep demanding that he leave because he was giving their lovely town in southern France a bad name.

Such revilement did not deter his followers. Up-and-coming artists saw him as innovative; the one to emulate and learn from.

Who was Paul Cézanne? What sort of man was he? Why did creating art appeal to him more than the surety of income he would have had if he had followed in his father’s footsteps and gone into banking?

That is the story your Superprof explores today. 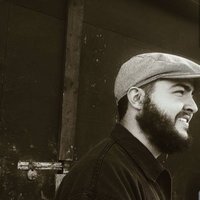 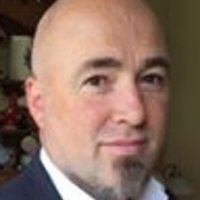 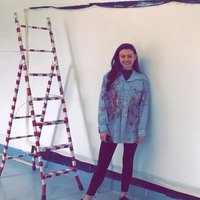 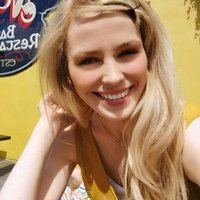 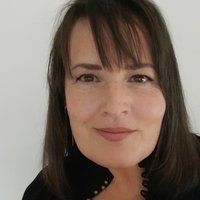 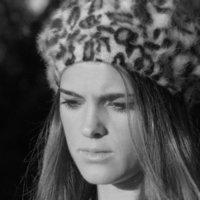 He was born into a fairly well-to-do family in Aix-en-Provence on the 19th of January, 1839.

His father had co-founded a successful bank; an enterprise that afforded them relative comfort while his mother, high-spirited and romantic, coloured his ideas of life and the world from an early age. Growing up, he and his two sisters wanted for nothing.

His formal education was only remarkable in that, when he entered the school now known as College Mignet, he became fast friends with future author Emile Zola and Jean-Baptiste Baille, who later taught at the same institute that cultivated Marie Curie.

Together, the boys were known as ‘The Inseperables’. They remained friends their entire lives.

Complying with the wishes of his father, Cezanne studied law at the University of Aix but his heart was in a different branch of study.

The year before he enrolled at university, he took up drawing at the Free Municipal School of Drawing. Under the tutelage of a Spanish monk named Joseph Gilbert, he learned the rudiments of drawing and painting.

Some say Cezanne was spurred by Emile Zola to move to Paris and become an artist. There may be some truth in that.

At the very least, having a friend in that city must have made the decision to leave the his home town, the banking business and his father’s wishes behind easier.

So it came that he set up in Paris in 1861, a city he would return to again and again throughout his life.

Every painter in Paris at the time Cezanne lived there had a single aspiration: for their work to be seen at the Paris Salon. This exhibit showcased the best works of the students enrolled at the Academie des Beaux-Art, the city’s premier art school.

Unfortunately for our artist, he was not a student at this Institute Francaise so, even though outside artists could submit work for their annual exhibit – the social highpoint of the year, his was consistently refused.

It wasn’t a personal rejection; the Salon was very selective of the work they displayed: all paintings had to accord with the tastes of Napoleon III – and Cezanne’s artwork wasn’t.

Instead, it was selected for display at the Salon des Refusés, the officially sanctioned exhibition of works rejected by the official Salon. There, people would crowd in to mock and jeer the works being shown.

There, Paul Cezanne was permitted to show his work for the first time, in 1863. The ignominy plunged him into a deep depression that was reflected in his work at the time.

Although he felt quite in step with the impressionists – he related well to their work and even emulated some of their painting techniques, they rejected him for his boorish and angry manner.

It may have even been possible that he and French painter Claude Monet had disagreements in spite of their similar subject matter and painting styles. This led to a period of intense darkness in Cezanne’s life; a time when everything was painted in tones of black.

From the year he arrived in Paris until 1870, the themes of paintings by Cezanne were quite sinister: The Murder, The Rape, Women Dressing...

Starting in 1866, Cezanne painted an entire series of portraits using only a palette knife, as Courbet had done. Intending these crude, ugly works to create an impact, he inadvertently started the expressionist movement.

Works from Cezanne’s Dark Period include:

Cezanne’s return to Provence coincided with the outbreak of the Franco-Prussian War.

In 1870, he returned home with his mistress in tow but, afraid of offending his father and losing the financial support he provided, the artist hid the true nature of his relationship with the model he had met at Academie Suisse.

Marie-Hortense Fiquet would bear him a son and sit for several portraits but, in the end, their relationship fizzled.

After the war ended (and he was cleared of the charge of evading military service), the two moved back to Paris, where their son was born. After his birth, they retreated to Auvers. It was during this period that Cezanne became friendly with Camille Pissarro; the two would trample all over the countryside to paint landscapes together.

Through this influence, Cezanne’s paintings became lighter – he abandoned his penchant for dark colours and even darker themes.

His most famous paintings from this period (1870-79) include:

Mr Cezanne Sr. finally caught on to the nature of his son’s relationship with his paramour and he was furious!

Initially threatening to cut off all financial support, Dad later relented, handing over 400 Francs to get the family out of dire financial straits.

He also built a studio on the family compound in Provence so that his son would stop migrating to and from Paris. It was there, in the 1880s, that Cezanne stepped away from the Parisian art scene.

In 1886, he finally married his longtime companion but, by then, the love had died and the two had little in common besides their son.

The year he married was also the year his father died, leaving him the entire estate so, while other artists of the period struggled to exhibit their work and land commissions, Cezanne worked in opulence, totally unconcerned about money matters.

Cezanne’s work of that time reflected the tranquillity of his personal life: pleasant landscape art and portraits of his wife and child.

He might have especially enjoyed the fraternity of other artists who came there to paint; Auguste Renoir was once a houseguest of his.

Those idyllic days did not last long; soon diabetes ravaged his body. His temper, never very good, also took a turn for the worse.

He travelled to Switzerland with his wife and child, possibly to bring the family back together. If that was his aim, it failed: upon their return to France, the artist returned to his enclave in Provence while Hortense went to live in Paris. Even when she and Paul Jr. returned to live with him out of financial necessity, they resided in separate quarters.

His mother’s death signalled several ends, among them the semblance of any relationship with Hortense.

In 1895, he climbed St-Victoire Mountain, where he found inspiration in its starkness and geometry. Indeed, the works painted in the cabin he rented there are said to have ushered in Cubism.

This period, from 1890 to 1906, saw a regression of sorts into gloomier subjects and darker colours.

Like the work of Dutch painter van Gogh, the works of Cezanne leave us with a feeling of incompleteness – as though his time was cut too short.

Through his oft-repeated images – painting the same portraits and landscapes with but a small difference in perspective or tone, he inspired other artists to produce ever more complex views of the same scenes.

That led to Spanish artist Pablo Picasso proclaiming Cezanne ‘the father of us all’.

It is widely believed that Paul Cezanne built the bridge between impressionism and cubism. Furthermore, he laid the foundation for future art movements such as fauvism and paved the way for expressionism to become mainstream.

Henri Matisse is one of the foremost fauvists!

While his work had been derided for his entire career, the year after his death, the autumn Salon hosted a retrospective of his entire body of work. Everything on display – from still lifes to landscape painting fairly stood the painting world on its ear; it was even remarked that Cezanne was indeed one of the most influential artists of the century.

We tend to think of Leonardo da Vinci in those same terms, don’t we?

The typical artist’s life, especially the financial insecurity, did not affect Cezanne as it had Vincent van Gogh. Nor did he have an alcohol problem as did another of his contemporaries, Henri de Toulouse-Lautrec.

Most artists scrambled for recognition to earn commissions and thus a living at painting. Having one’s work selected for show at the Salon, the epitome of refined artistic exposure, was the guaranteed path to earning a living as an artist.

Cezanne only cared that the Salon rejected his work because of what that rejection implied – that his paintings were not good enough for high society.

To be sure, he would have needed money, especially after his son was born but, because he received an allowance from his father, he was not as desperate as some. Not having to constantly worry about money gave him the freedom to vary his painting technique until he found his signature brushwork: heavy, repetitive and characteristic.

Because he had financial freedom, Cezanne created such amazing works of art that he is consistently ranked among the world’s most famous artists.

Are you ready to discover more famous painters and paintings?