Everything You Need to Know About Tamil After more than two centuries of British rule in India, the subcontinent eventually gained its independence in 1947. It was divided into Pakistan, India and Bangladesh.

The Bhāratīya Saṃvidhāna (Constitution of the Union of India), was ratified on the 26th of January 1950. Two versions of the document were printed, one in Hindi and one in English, both being the official language of the Indian government that the Constituent Assembly agreed upon.

(Note: the Urdu language spoken in India is the Arabic version of the Hindu dialect)

Besides those two languages, the Assembly also recognised 21 officla languages under the Eighth Schedule (Articles 344(1) and 351).

Each state of the Indian Union was also given the freedom to legislate on the official language that would serve their population best. Amongst the 29 states and 7 territories being part of the Union of India, many are those who chose one or more languages, often not including either of the official government languages.

In India, 122 dialects are spoken by more than 10,000 people. However, most of the population speaks two or three languages.

It should come to no surprise that a country as vast, as populous and as rich in history as India, has been influenced by many outside factors while at the same time developing very distinct regional cultures.

The successive rule of the Hindu Maratha Empire, the Muslim Mughal Empire and the British Raj have significantly influenced the cultures, religions, and languages of the Indian sub-continent.

Persian and English were the two contact languages that had the most influence on the local dialects commonly spoken in India.

"India's linguistic diversity surprises many Westerners, but there are nearly thirty languages in India with at least a million native speakers. There are more native speakers of Tamil on our planet than of Italian. Likewise, more people speak Punjabi than German, Marathi than French, and Bengali than Russian. There are more Telugu speakers than Czech, Dutch, Danish, Finnish, Greek, Slovak, and Swedish speakers combined." 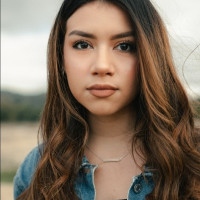 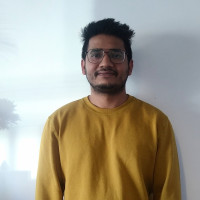 The Origin and History of Tamil

Similarly to Tengulu and Kannada, Tamil evolved from the Proto-Dravidian language, a dialect that was spoken about 5000 years ago. Each of the Dravidian languages evolved differently according to regional particularities and influences.

Tamil (along with Kannada) belongs to the South Dravidian sub-group. The oldest inscriptions featuring Tamil were written in the Brahmic script and archaeologist estimated that they date from 500BCE.

A collection of ancient Tamil literature survived the trial of times and the earliest texts composing it were estimated to be from the 3rd century BCE. This collection, known as the Sangman literature, includes more than 2,800 poems written by a collective of nearly 500 poets over the span of approximately 600 years.

This record makes Modern Tamil one of the rare languages in the world to exhibit a continuous and recognisable link with its classical, historic version.

The base of the grammar of Modern written Tamil was essentially codified during the period of Middle Tamil (8th to 19th century). One important work on Tamil grammar was written by a Jain ascetic around the 13th century. His work contained five different volume each dedicated to a different aspect of the Tamil language:  written language, spoken language, semantics, poetic language and rhetorical.

All but two disappeared and only the text codifying written and spoken language survived.

Even though Modern written Tamil did not change much since then, the vernacular spoken Tamil has been evolving.

Tamil is one of the oldest surviving classical languages in the world, and it is the oldest language ever recorded in India.

In 2004, due to political lobbying, Tamil became the very first Indian language to be listed as one of the Classical Language of India.

This makes me laugh, my heart! They say
she wants to go with us, the young woman
with curved, delicate arms, on the path,
where,
in the harsh summer heat, on a sky-high path,
a bull elephant searches for water in a pond
muddied with sand and getting drier each day,
rubs the mud from it on the soft head of its
delicate female with calf and plays in the mud
himself, looking different, the strong elephant
pulls a kadampam tree’s red-stemmed, white
flower cluster, and rubs it on his back and rests
in the dappled shade near the path, and in the
forest with black-faced monkeys, a fearing stag
calls his mate on hearing sounds he thinks are
from fast arrows, which are from harsh winds
that move around the white palm rice bowls
thrown by those who go on the path created
by harsh warriors for their chariot wheels."

Poem Akanānūru 121 written around the 1st century CE by Kapilar,  Tamil poet of the Sangam period

The Tamil Dialects in India

Tamil is the 5th most spoken native language in India with more than 60 million speakers.

Read more about another important Indian dialect, the Bengali language.

It is also the official languages of the Indian states of Tamil Nadu and the Indian Union Territory of Puducherry but it is also commonly used by larges minorities in the states of Andaman and Nicobar Islands, Kerala, Karnataka, Andhra Pradesh.

The Negombo Tamil dialect spoken in Sri Lanka is closer to Old Tamil that its Indian counterparts and it retained many grammatical forms and words that are no longer used in India. Sri Lank Tamil also uses many words slightly differently.

Despite the close geographical proximity of Tamil with Indo-Aryan languages including Prakrit (a group of medieval dialects formerly used throughout India) and Sanskrit, Tamil shares very few words with this group of language.

Like any modern languages, Tamil keeps evolving and today, aspects of Tamil-speakers' life which once called for the use centamiḻ have seen an increase in the use of the koṭuntamiḻ form.

Large Tamil communities that formed during the British colonial era can be found in Malaysia, Singapore, the Philippines, Mauritius, South Africa, Indonesia, Thailand, Burma, and Vietnam.

Furthermore, it is one of the main languages used for education in Malaysia, along with Malay, Mandarin and English.

Because of the importance of the Tamil diaspora, Tamil has been recognised as a minority language in  Canada, Mauritius and South Africa.

"I saw [Chennai]. It had the usual Indian elements like autos, packed public buses, hassled traffic cops and tiny shops that sold groceries, fruits, utensils, clothes or novelty items. However, it did feel different. First, the sign in every shop was in Tamil. The Tamil font resembles those optical illusion puzzles that give you a headache if you stare at them long enough. Tamil women, all of them, wear flowers in their hair. Tamil men don't believe in pants and wear lungis even in shopping districts. The city is filled with film posters. The heroes' pictures make you feel even your uncles can be movie stars. The heroes are fat, balding, have thick moustaches and the heroine next to them is a ravishing beauty"

- Extract of "2 States: The Story of My Marriage" by Chetan Samrit, is an Indian author, columnist, screenwriter, television personality and motivational speaker

A long time ago Tamil Brahmi was the common script used to write in Tamil. The subsequent Pavalla script into the Grantha script which birthed the vaṭṭeḻuttu alphabet.

The Modern Tamil script comprises 12 vowels and 18 consonants. However as each vowel and consonant can be combined to give a compound character, the total number of sign in the Tamil alphabet is 248 (all single signs + all compound character + one punctuation sign called āytam).

To the difference of many other Indian languages using scripts derived from Brahmi, Tamil does not have any phonemes and some pronunciation representations such as stop consonants do not appear in the Tamil language.