Where Does the Roman Alphabet Come From? What was the alphabet that Cicero, Plutarch or Julius Caesar used during the first century of the Roman Empire?

The Roman letters went through many transformations through the centuries. Before being the Latin alphabet, those letters were a simple system of writing called cuneiforms script.

This cuneiform was born almost 4000 years before our era.

Which languages influenced the Latin civilisation and gave birth to the alphabet we all used today? 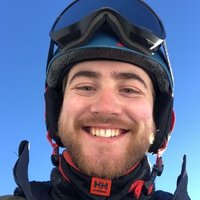 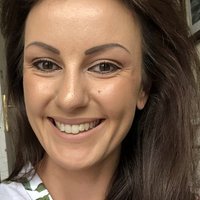 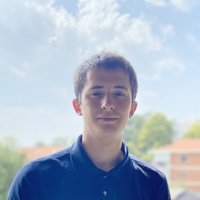 The Latin Alphabet Through Times

The Latin alphabet was not invented from scratch but on the contrary, it was the results of thousands of years of evolution, assimilation and improvements.

The writing of upper and lower case characters was also influenced and modified many times before eventually be the system we use today.

So what is the origin of our alphabet?

Here is an online Latin course on Superprof.

A brief history of the creation of writing:

The Latium region, which is the birthplace of the Roman civilisation, went through many different writing system and dialects before evolving into the alphabet and the language that was passed on to us through the ages.

Find out what Latin words are commonly used in English today...

The Roman alphabet archaic version only had 20 letters. G, J, U, W, Y, and Z were all missing.

Many letters were actually Greek letters alphabet to be included in the Latin alphabet, without any change in the writing (A, B, E, I, K, M, N, O, T and X). The use of the K was extremely rare and C was much more common.

Other letters writing changed to form the letters C, L, S, P, R and D in the Roman alphabet. The letters V, F and Q which were no longer used by the Greeks were adopted anyway in the Roman Empire system.

During the 3rd century BC, the letters G,Y and Z, all derived from the Greek alphabet are added to the Roman alphabet to help with the transcription of foreign words.

The letters J,U and W will only appear during the Middle Ages help with the transcriptions of some words and help to differentiate consonants from vowels (J and U were until then used as both consonant and vowel).

The Roman alphabet is the ancestor of our Latin alphabet.

The Different Writing Style of the Roman Letters

To learn a foreign language, an extinct one no less is not an easy endeavor.

This is why studying the different style of writing is an efficient way to learn how to pronounce Latin phonemes properly while approaching this language phonologically.

To write their alphabet, Romans used 4 different styles of writing. The use of each style mainly depended on the actual medium used to write and on the intended recipient of the text.

You could learn how to write in Latin...

The Roman square capital letters were mainly used on buildings and monuments. It was meant to be carved in stone or marble. The term of "capitals" appeared centuries after the Roman Empire.

When the first printing machine appeared around the end of the 15th century, printers would keep the upper case letters of their printing press on the top shelves of their workshops or in a drawer above the lower case letters.

That is where the terms "Upper" and "Lower" case comes from.

At the beginning of the Latin alphabet, there was no official writing sense. Romans wrote from left to right and continued right to left when arriving on the next line. It is only around the 4th century BC that the standard left to right writing system is officially adopted.

Historians and linguists also note that at the beginning of the Latium civilisation, words were not separated by any punctuation marks. Later, dots appeared between each word. During the 2nd century BC, the Roman square capitals word were all separated by middle dots.

Discover our top tips for learning how to write in Latin!

The Roman cursive style is mostly used for everyday life in the Antic Rome. It was used for letters, laws, leases and contracts. It was also the main writing style of any students.

Many media were used to write on, from papyrus to wax, clay or wooden tablets. The writing was done using a stylet, a feather or a brush.

All those media decay with time and historians are not exactly sure when the Roman cursive style appeared.

Writing in cursive Latin characters was much quicker and simpler than writing in capitals and the speed of the styler is probably why this style of writing is hard to read. Letters are linked to one another and words are not separated by dots making it even harder to decipher.

Slowly the modern cursive style emerges. Upper and lower cases are used alongside each other as early as the 4th century. This writing style will be widely used later in the Empire of the Franks and in the British Isles kingdoms.

During the Renaissance in Italy, the italic semi-cursive handwriting style appeared and is still today one of the most popular Western writing styles.

The quadrata style was mainly used to write the first books on scrolls, called codex (many scrolls or papyrus put together).

It was written using a reed pen or a feather quill. Quadrata was reserved for important texts and manuscripts as it was more time consuming than the cursive style. Every letter is shaped is squared and is well proportioned.

This style is close to the Roman square capital style but abbreviations are rare and there are no dots or punctuation marks between words.

The Rustica writing style was used between the 1st and the 9th century. It was an improved form of the quadrata style. Still mainly using a reed pen it was sometimes engraved into brass, ivory or stone as it was smaller than the Roman square capital style. Letters were narrower than the quadrata writing and it had more rounded shapes.

The number system the Roman used was not derived from the alphabet as one might think but it was completely borrowed to the Etruscans, which were quickly assimilated in the Roman Empire at the beginning of the rise of Rome.

Just like it was for letters, numbers were written from left to write, from the smallest number to the biggest one. It was necessary to add up the numbers to know the value. One main rule: a number is never repeated more than 4 times.

The Roman numeral system that we still sporadically use today was only set during the Middle Ages. It was a system by subtraction.

For any numbers above 5000, Roman used multiple tricks. First, they used circles with lines within to add thousands and hundreds of thousands, but the practicality of carving such signs in stone faded this system.

Then they started using a line above a number to express the thousands. If a number was completely boxed in it would indicate hundreds of thousands.

This complicated system is probably why we do not use Roman numbers today.

Does this intricate numbering system entice you to learn to speak Latin?

The Hindu-Arabic numeral system proved much more popular, especially since it did not use the Latin alphabet and thus avoided many possible confusions.

In English speaking countries only the names of Kings and Queens is still written using Roman numerals.

But in countries speaking Romance languages, like France, Spain or Italy, centuries are often given as "Ie" or "XVIII" to write about the 1st or 18th century.

This use of the Roman numeral in continental Europe is rarely mandatory and tends to disappear.

Just like Latin has evolved through the ages, our modern languages are changing and Roman numbers will eventually only remain on old buildings.

One legacy of the Roman Empire that will remain for centuries to come is the Latin alphabet which is now more than 2500 years old.