What are the most used Latin words in English? 29% of all English words directly come from the Latin language. Another 29% is made of French words.

But to understand how the English language has evolved from its Latin roots, one must pay a closer look at the History of the British Isles.

Yes, Latin and French make up for almost two-thirds of every word in the language of Shakespeare, but Old Norse, Old English, and Dutch languages also got incorporated.

The reason is simply that Great-Britain's population is made up of many different ethnic groups. After the Roman Empire collapsed, one invasion after another, Saxons, Angles, Norses, Danes, and French came to populate the U.K.

Latin widely disappeared after the Roman Empire left Great Britain and was replaced by Old English. After the 1066 invasion of England by William the Conqueror, the French Duke of Normandy, Norman (a romance language and old version of French) was established as the official court language.

It remained so for almost 300 years.

Today, two mottos appear on the Royal coat of arms of the United Kingdom:

Both maxims date all the way back from the 14th century and show the deep connection that English monarchs had with France.

Today, English is the Lingua Franca (common language) of most international organisations.

It is true that English grammar has more in common with the Germanic language family than with Latin grammar. But what the Romans left behind, aside from old buildings, fortifications and roads, are ten of thousands of phrases, nouns, verbs and adjectives that are part of everyday English vocabulary.

How many of those words and expressions do you know?

Find out how you too can become fluent in Latin... 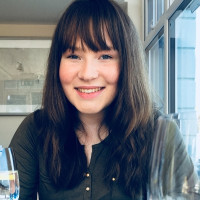 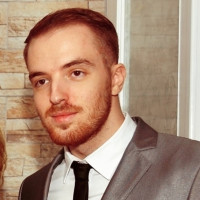 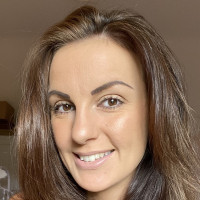 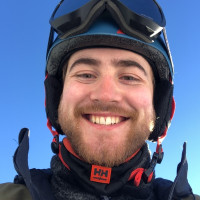 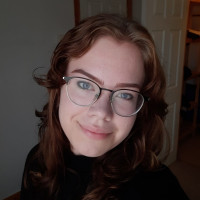 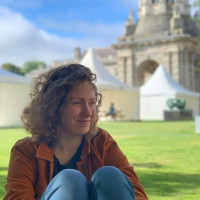 The Latin Words and Phrases of our Everyday Life

Even though Latin is an extinct language (only still officially spoken in the Vatican), the fact that it constitutes massive chunks of many European languages keeps the Roman language alive today.

If you take Latin classes London, which is rare these days in the U.K., you would already have noticed common words that we used in our daily conversations.

If you are looking to learn Latin, it will be much more interesting for you to see it through modern English.

Alibi: this thing you desperately might need if you are suspected of some shenanigans, alibi just means "elsewhere" in Latin. And if you were elsewhere, how could you have stolen the cookies?

Agenda: from the Latin verb "agere" meaning to act, agenda is used to describe a list of items that might be discussed during a meeting, a plan of actions to be done or the ulterior motives of a particular person.

Maximum and minimum: the Latin words meaning "the biggest" and the "smallest".

Quid pro quo: the phrase means "taking something for something else", the term was originally used by apothecaries when they would substitute an ingredient for another. Today it is mostly used to describe an exchange of service "I'll scratch your back if you scratch mine".

Gratis: meaning kindness in Latin, this word is used in English as free of charge, at no cost.

Ultimatum: from the Latin word for "final" (ultimus), it is used to describe a requirement demanded by one party to another, often as a threat of retaliation or war.

Veto: meaning "I forbid" in Latin, this right, often political, is used to stop the process of a decision such as the signature of a new law. In the U.K., the Queen can veto any bills that affect the Royal Prerogative of properties. It is the Royal Consent.

Vice versa: the Latin phrase for "the position having been reversed" is used in English to describe a situation in which two things or people have been reversed.

Via: this Latin word simply means "road" but is mostly used today to say "by way of" or "passing through".

Visa: in Latin, the expression was used to describe a document that had been verified "charta visa - a paper that has been seen". Today it is a permit that allows you to enter in a foreign country and that will be "seen" by the border authority.

Video: literally "I see" in Latin, the word is used in English to describe any film, short clip or an old VHS cassette.

How is your Latin pronunciation?

The Latin Words We Commonly Write

The richness of Latin vocabulary is also found in English. Numerous sayings are often used is essays, newspapers articles, bills and laws.

Find out how you can learn how to write in Latin...

No need to study classical literature, or the Roman civilisation to be speaking some Latin and use some smart Latin abbreviations in your next essay.

Many students find themselves using Latin abbreviations which will make their writing both look smarter but also much easier to read.

Here are the primary examples of abbreviations that you might be already using, but do you know what they mean?

E.g. : "exempli gratia" in Latin means for example or for instance

Sic: "thus" in Latin and English

Et al. : "et alii" in Latin means and others, and co-workers.

P.S.: "post scriptum" in Latin and used as is in English to describe a note at the end of a letter or text.

Vs: "versus" in Latin meaning against, the word is also used as is in English

N.B. : "Nota Bene" in Latin meaning note well, it is used to in text to draw attention on a particular piece of text or information

AD: "anno domini" in Latin meaning the year of our Lord in English, this abbreviation is used to point out that the year in a date is happening after the birth of the Christ. Long used by the clergy in European countries, more and more modern text tend to use C.E., which stands for Common Era.

AM & PM: "ante meridiem" and "post meridiem" in Latin which means before and after midday,  and is used to describe morning or afternoon time.

Have you ever wondered where the Roman alphabet originated?

A Few Other Common Latin Expressions

No need to open a Latin-English dictionary to understand some of the most used Latin expressions. As you realised by now, many Latin words taught in an online Latin course have made their way into our modern English language and often remained precisely as they were more than 2000 years ago.

Latin words are even more common in science where almost 90% of words come from the Roman language. Music and law are also two fields which use Latin words more often.

These are a few more expressions that may be less common but may come in handy one day:

Now that you enriched your vocabulary and that you know the meaning of many Latin words you probably have been using every day, it might be time to dig a bit deeper and perfect your Latin pronunciation.

Now discover our top ten tips for writing in Latin...