BlogLanguagesPortugueseWhere to Learn Portuguese in Brazil

Brazil is a beautiful country that lacks no adventure or introduction. Boasting the most area in Latin America, Brazil is a land influenced by Bossa Nova, football, samba, carnival, and diverse landscapes.

Visiting a Brazilian city or town to learn Portuguese is a fantastic idea for all those who want to become fluent in one of the world's most spoken tongues.

What are you waiting for?

Pack your bags and get ready to learn Portuguese at a language school in one of the world's most exciting countries! 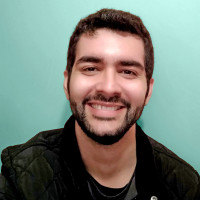 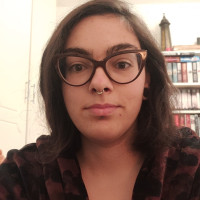 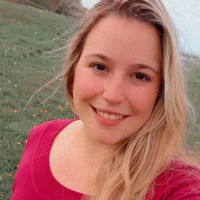 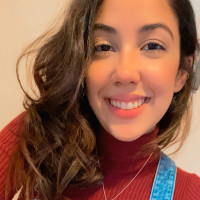 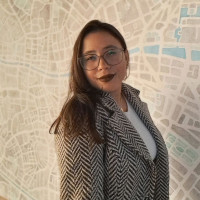 A History of the Brazilian Portuguese

The story of Brazil is a lengthy yet interesting one. Filled with charming people, mind-blowing coastline, and massive cities, Brazil is one of the world's most polarising countries.

But how did the country of Brazil begin speaking Portuguese?

Throughout the 1500s, the Portuguese Empire, based out of Lisbon, colonised the South American territory that is now known as Brazil. The indigenous people residing in the Brazilian coast spoke a language known as Tupi or Tupinambá. The Tupi-Guaraní language was spoken by Indians who lived on the Brazilian coast.

However, the Portuguese did not bring only their various methods to colonise Brazil; they also brought their language. Therefore, after years of colonising Brazilian territory, in 1757, the indigenous language Tupi was banned by a royal degree in Portugal; this did not prove to be a problem for many since the Portuguese language was already dominating Tupi speakers.

In 1759, after the Jesuit priests who were preaching to the indigenous inhabitants were expelled, Portuguese became the official language of the Brazilian territory. Nevertheless, it is essential to state that due to Brazil's large indigenous population and influence, Brazilian Portuguese is quite different from Portugal's.

For instance, there are many words in Brazilian Portuguese that are associated with the names given to the plants or animals by the indigenous people. Words such as abacaxi (pineapple), caju (cashew), and tatu (armadillo) are not seen in original Portuguese from Portugal.

It is also worth mentioning that the Portuguese language spoken in Brazil received much influence from the African slaves frequently arriving in the country. The Portuguese had many slaves in Brazil to take full advantage of the wealth of resources available to transport to the homeland and other parts of Europe.

While the Portuguese language continued to develop throughout the 18th century in Portugal due to French influence, Brazil was left behind, and Brazilian Portuguese failed to adopt linguistic changes.

Nevertheless, it is worth mentioning that after 1822, when Brazil declared independence and many Europeans immigrated and settled in distinct parts of Brazil, variations of pronunciation could be evidently observed in the Portuguese spoken.

In reality, language is a beautiful thing, with so many intriguing characteristics that make it unique. Learning Portuguese is a brilliant way to communicate with a large part of the world effectively.

Fluency in Portuguese can also be acquired via exchange classes online and by using mobile applications.

Brazil is a vast country with exquisite diversity. From world-class restaurants, museums, and coffee shops to pristine white sand beaches and untouched rainforests, Brazil has something for everyone!

With cities such as Sao Paulo and Rio de Janeiro that has a larger population than the entire country of Portugal, there is a wealth of educational centres to help students learn how to speak Brazilian Portuguese on a lengthy trip abroad.

We shall consider the best Portuguese language courses in three of Brazil's most populous metropolises: Sao Paulo, Rio de Janeiro, and Brasilia.

Sao Paulo is not only Brazil's most populous city but also the Southern and Western Hemisphere's most populated area. Therefore, it comes as no surprise that there is plenty of beautiful things to do, see, and learn.

Fun fact about Sao Paulo: it is home to the largest population of Japanese people outside of Asia.

Much more than pizza, broad avenues, and traffic jams, Sao Paulo has some of the best Portuguese language schools in the country. The following are the cream of the crop:

Arguably the most glamourous and visited tourist destination in Brazil, Rio de Janeiro is pure magic. Impressive sites in Rio that attract visitors year after year include Christ the Redeemer (one of the seven wonders), Sugarloaf Mountain, the Museum of Tomorrow, and the Escadaria Selaron.

Dancing on the beaches of Copacabana or Ipanema with a Caipirinha in hand has never been so much fun!

Therefore, it comes as no surprise that foreigners from all walks of life decide to stay a few extra weeks or months in the capital of Bossa Nova to learn more about Brazilian Portuguese. Hence, the following are the most highly recommended Portuguese language courses within the city and surroundings of Rio de Janeiro:

The federal capital of Brazil and seat of Government of the Federal District, Brasilia was established and founded in 1960 to relocate the capital from Rio de Janeiro to a more central location.

Brasilia has the highest GDP among many Latin American cities and is the brainchild of some of Brazil's most brilliant minds. Like who? Lucio Costa, Oscar Neimeyer, and Joaquim Cardozo. Their designs and architectural plans are viewed as some of the world's most beautiful.

While we could spend the entire day discussing the unique characteristics of Brasilia, we will focus on the best language school to learn Brazilian Portuguese for professionals relocating to Brazil's capital city:

While touring through the cities of Brasilia, Rio de Janeiro, and Sao Paulo consider searching through many language institutes to find a Brazilian Portuguese course that suits your unique needs.

Portuguese lessons at reputable schools can also be completed in many Portuguese cities such as Lisbon or Porto.

Essential Things to Know When Travelling to Brazil

Are you about to board one of Norwegian Air's or British Airways' non-stop flights from London to Rio on an adventure of a lifetime? If so, we suggest bringing some sunscreen, a Portuguese-English handbook, some bathers, and reading the following tips about things to know before embarking a voyage to South America's largest country.

The following advice is primordial on a trip to Rio or Sao Paulo:

All in all, travelling to Brazil for a well-deserved holiday to acquire a necessary degree of Portuguese fluency is a brilliant idea backed by Superprof. Get ready to say, Bom Dia, to the Brazilian lifestyle!