Learn Sewing from the best BlogArts and HobbiesSewingLearn to Sew from the Masters of Fashion

Who hasn't heard of Coco Chanel? How about Yves St. Laurent or Christian Dior?

We could understand not knowing who Nicholas Ghesquiere is – unless you are a total fashionista, of course. But surely you're familiar with the name Balenciaga?

All of these great couturiers, each one a slip stitch of the appliqué of fashion; these designers have made history, in style and in society.

It wasn't because they hosted quilting bees!

Their audacity with fabric, the originality of their cuts; the look and feel of their artistic creations routinely upset accepted norms of dress and presentation by launching completely innovative looks.

Let Superprof now lead you down the runway as we explore together the lives of the fashion personalities that defined haute couture in the 20th century. 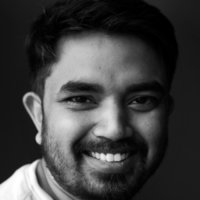 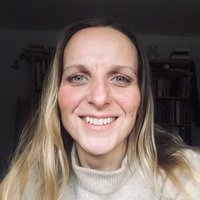 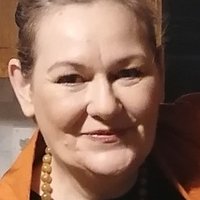 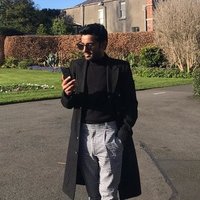 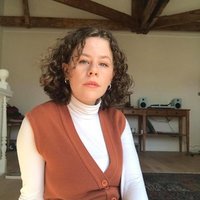 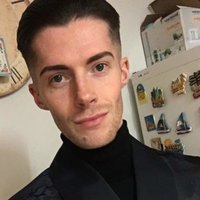 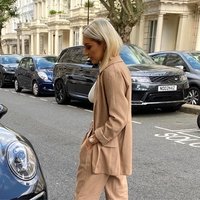 The Straight Stitch on Ladies of Fashion

Of all the women who have ever contributed to fashion, this icon, better known as Coco Chanel, must surely be the Empress of Vogue.

Her elegant style and pragmatic sense for business belied the fact that she grew up starkly poor and was abandoned by her father – her sole living parent, at twelve years old.

Sent to live in a convent, she learned basic sewing, making handmade quilts and pillows. Later, she would make her debut in apparel as a milliner.

Contrary to the fashion of the day, Coco's hats tended to fit low on the brow, ostensibly to hide the wearer's face.

Society matrons soon caught on, and a trend was born!

In 1915, she opened up her first sewing studio in Biarritz. Shortly after, she gained a reputation for creating a new silhouette for skirts.

Ultimately, our Coco became famous for clothing women without a corset – and liberating them from penury.

Just after the first world war, Ms. Chanel became head of a major sewing house which, at its peak, employed 300 seamstresses.

Coco Chanel was a woman who definitely knew how to thread the needle – literally and figuratively.

Despite her flamboyant lifestyle, her sewing patterns reflected a casual chic that women of all ages coveted.

It was she who, in 1926, premiered the Little Black Dress all of us are so familiar with.

Her palette was grounded in the basics: earth tones – beiges, browns and blacks, possibly a tribute to the colours from the convent that sheltered her.

The elegant, straight line – both in pattern and in stitching, became her trademark.

That, and her iconic perfume.

Explore the history of sewing...

Britons, let us celebrate our very own trend-setting femme of fashion! Beloved by women and men alike!

It wasn't for the funky embroidery on her tote bag!

At the height of the sexual revolution, Mary Quant gave freedom and self-expression to women, and lots of eye candy for men.

Ms. Quant started her career in the garment industry as a manager of a clothing boutique. After hours, she worked her own sewing machine, occasionally raising hemlines on a dress or skirt.

In interviews, Mary Quant stressed that hiking hems over the knee started in the 1950s – to make it easier to run for the bus, and was not necessarily her invention.

Her pressing aim was to sew easy to wear, fun clothing.

However, women were demanding ever higher hemlines and, while there is some dispute over who was the first to formally introduce these short, short skirts, there is no doubt over who named that fashion trend.

Mary Quant named those ultra-short skirts after her favourite car, the Mini.

Later in her career, she turned her talent toward designing accessories and makeup, and complements for the household.

She claims credit for the duvet, an alternative to the traditional quilt.

Discover how to expand your sewing techniques on a Janome serger.

The Men of Needle and Thread

Overwhelmingly, the thread binding the fabric of fashion is male.

Not because of any bias, but because of traditional standards for women in the workforce.

Fortunately, that is a reversible canon: let us all be happy that those norms are now more elastic!

Now, with no further puns under our presser foot, let us talk more about fashion designers.

This master of hand stitching learned his trade at a young age, by sewing doll clothes out of silk fabric scraps.

He is often likened to Picasso, and considered the forerunner to the Art Deco movement.

He is the creator of the hobble skirt and harem pants, and pioneered the dressmaking technique known as draping.

This distinct departure from tailoring and pattern-making that designers had till then espoused made Poiret a standout in fashion circles.

Recognised as one of the foremost designers of the 20th Century, he started his career in fashion while still a teenager, by sketching dresses for his mother and sisters.

Who took on the sewing projects is unknown: was it him, or the women in his home?

Shortly after learning how to sew and design in Paris, he was introduced to Christian Dior, who took him on as a protegé.

Upon the death of his mentor, he became head designer at Dior House. Five years later, he founded his own label – the one we are all familiar with today.

While not the first to create both high fashion and ready-to-wear, his line of off the rack clothing made easy fashion accessible to all.

You may call him the whip stitch of clothing: uniting everyday and luxury attire with a common sewing thread.

Native to the Spanish Basque region, and referred to as the Master of Us All by Dior, he is known for having uncompromising standards: in making patterns for high fashion, and in prowess at machine sewing and hand sewing.

His mother was a seamstress by trade. He learned many sewing tips from her simply by watching her make clothes.

After taking sewing classes in Madrid, he became known as one of the only couturiers who could design, cut out a sewing pattern and make a dress, all with his own hands.

Look up "sewing classes near me" and start your journey to fashion fame.

At twenty-five, he was the youngest designer in the pulsing, progressive Paris fashion scene of his day.

Although his first creations were sewn of rather poor, woven fabrics, they intrigued nevertheless, for their raw edge and style.

His first major splash was the Bettina blouse: a plain bodice, with a high neck and ruffled sleeves.

Inspired by Balenciaga, with whom he later became friends, he is one of the first designers to propose a luxury ready-to-wear clothing line.

In doing so, he was effectively knitting high fashion and everyday, easy projects of the same yarn.

Do you know the difference between a bobbin and a spool? What is bias tape? Can you name ten sewing tools?

Before you can learn how to sew, you should learn sewing terms with the lexicon of beginner sewing!

In our society, fashion is a display of what your material wealth is. It also shows people "in the know" are aware of how to dress.

If social media serves everyone from the president of the United States to the citizens of our Great Britain, it would be reasonable to figure that it could also be the running stitch of fashionistas the world over.

If fact, some of the greatest personalities in the loop of the fashion industry routinely report their backstitch and basting: those who write sewing blogs, designers and the beautiful people who wear the top-of-the-line clothing.

These names represent just the topstitch of the Britain's fashion industry:

You can follow them on social media, as so many others do.

His first sewing tutorial came at his grandmother's knee.

What she was darning, we have no idea.

Since then, he has won several Thimble awards, was creative director at several houses including Louis Vuitton, and has worked with others aspiring to fashion immortality, such as Kanye West.

He is the name behind famous labels such as Balenciaga and Vuitton, where he currently serves as artistic director.

His initial desire to learn sewing and designing was born, he claims, out of boredom for French country life.

In a display of teenaged truculence, he turned curtains into dresses. When not armed with shears and sheers, he drew diaphanous dresses on every piece of paper he could find.

However, when interned to agnes b; a French designer, he decided that such work would be too difficult, and instead applied himself diligently to his schooling.

Through his friendships, he was brought into the house of Balenciaga and, soon, became top designer.

That was after his initial assignment: to create funeral clothes for the Japanese market; a position he believed might possibly be the worst in fashion.

All of the men designing fashion begs the question: should sewing still be considered women's work?

Living on the Edge of Fashion

If you routinely find yourself on pins and needles over fashion, you could follow your favourites by interfacing via Instagram.

If you are interested in knowing which fashion houses gained the most Instagram followers this year – and follow your own favourite labels, you could check out the latest reports.

Now, you know who to follow for all of your fashion news!

Before finishing this topic, let us cast a light on the seldom-mentioned side of fashion's glamorous world.

Between the models and the designers – the faces and names of fashion, come a legion of professionals who are expert with needle and thread.

Most designers do not take their place at the sewing machine.

In fact, most do not know how to sew.

Designers envision entire wardrobes, including purses, down to the last seam and zipper. It is then up to the sewing room staff to bring the design to life.

The sewer who sits at the machine – that invisible needle threader: these experts at crafting are the ones responsible for bringing us trendy threads, new looks for our wardrobe, each season.

Well, that sews up this piece; we hope it takes center place in your patchwork of fashion knowledge.

Check out these guides on: