It's Not Just Women who Know How to Sew! Sewing Lessons are for Everyone Historically and culturally: it has been up to women to thread the needle and darn the socks.

Even if the women in question have no particular affinity for, or even a love to sew.

Today, all of that is changing.

There has never been a greater interest in needle arts: you can take sewing lessons, embroidery lessons; and the cross stitch bins at the fabric stores are populated by men and women in equal parts.

Calling all DIYers: these days, anyone with an interest to can design and sew his/her own wardrobe!

Indeed, if we look at the fashion industry, most designers – at least, up to the last century, were men.

You could say sewing is a bit like cooking: traditionally the purview of women in the home, but in professional kitchens, the most famous chefs, even to this day, are men.

However, we are living in an era when these so-called domestic arts are becoming more democratic: more women are taking over professional kitchens; more men are buying notions.

Let us take a look at how males have influenced the art of sewing over time, so that men need not feel compelled to conceal their sewing kits.

At the very least, their larger fingers are the primary reason the industry is making bigger thimbles.

Isn't that a reason to feel the impact of male influence on every sewing pattern you bring to fruition and all of the sewing blogs you read?

Learn how to sew through sewing tutorials... 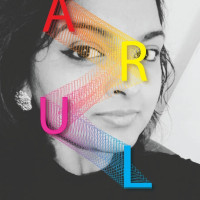 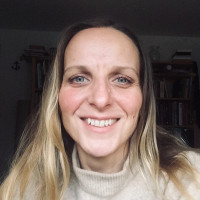 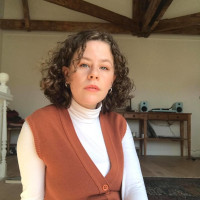 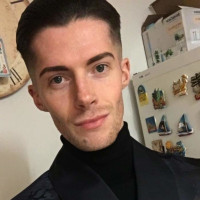 Sewing Basics: the Ancient Bond of Women and Sewing

In spite of the recent social revolution that permits women into the boardroom and men in early childcare – unthinkable gender roles a hundred years ago, many still opine:

Sewing is women's business. Men have no patience for it, and in any case have no understanding of how the whole business works.

In some regions of the world, a virtuous woman is still described as:

Reserved, retiring, and speaks little. Knows how to sew.

In the days of Yore, when women were expected to marry well and earn their keep as chief cook and bottle washer, those statements may have borne weight.

Well, maybe society matrons hired cooks and bottle washers so that they could spend their time in the parlour, knitting and sewing and hosting quilting bees.

Those were the days when a man's appearance was the direct responsibility of his woman.

His shirts must be well pressed, collars starched, not a stitch or button missing; and should he appear frayed or unraveled, his woman would be found lacking.

Today, mercifully, all of that is untrue. At least in some parts of the world.

Back then, in those not-so-long ago bygone days, girls were generally denied any higher education, learning domestic arts from their mothers: cooking, cleaning, mending, and sewing.

Embroidery to make decorations – should the household be wealthy enough for such; knitting winter garments and baby clothes, crocheting...

Meanwhile, their brothers learned maths and reading, as much as their socio-economic position allowed.

Born into money, boys could pursue higher education; born working class, they would soon be apprenticed. Or, they worked the land, alongside their fathers.

Either way: they had no time for sewing needles, whipstitches and bias tape.

Discover how sewing with a serger makes bias tape obsolete!

Along came Elisa Lemonnier, a woman so moved by the misery of the poor (women) in Paris that she opened a work room, meant to provide those supplicants a modicum of financial relief.

It only lasted a couple of months.

Realising that these ladies were utterly unskilled, she founded the first vocational school for women.

So successful was this venture that, soon, she opened another facility, in another district of Paris.

After her death, her friend Caroline expanded on the concept, preparing young ladies for college entrance – a notion unheard of at that time.

Bear in mind that the philosophy of the day was that boys should be active and girls, passive.

Dividing gender roles along those lines, it was easy to determine that sewing projects, or sitting at a sewing machine should be a feminine activity.

These days, we know that, for good mental and physical health, females as well as males must be active!

Another indicator of the deep divide in industrial and commercial sewing is terminology.

Tailor: from French – tailleur, meaning cutter: of stone or other material, including cloth.

Seamstress: a person whose work is sewing – usually female, as indicated by the feminine suffix.

The professional titles indicate that males are qualified to measure and cut cloth, while women seem only capable of plying needle and thread!

Discover the complex history of sewing...

The Rejuvenation of Hand Sewing and Machine Sewing

Anywhere in the UK, from Edinburgh to sewing courses London there are classes on basic sewing and learning to sew on a machine.

They are not stealthily attended by people in high collars wearing sunglasses, wishing to hide their identity.

To the contrary: they are heavily populated and eagerly anticipated, by students of any gender.

How is that for a testimony on this skill's resurgence in popularity?

In fact, you could learn to sew with Simon Henry, the author of The Little Black Dress.

He is further proof that males excel in the sewing room!

Still, if you look at the profiles of sewing teachers at My Sewing Classes you will find that most of the tutors are of the female persuasion.

Why men still resist the allure of this activity is a mystery!

Maybe they fear ridicule – echoes of Billy Elliot. Maybe, in these days of everyone the same, some males wish to stand out by not following popular trends.

Maybe they're afraid of needles... ALL types of needles, even those sticking out of a pincushion!

Wouldn't that be a crazy reason to avoid such a relaxing, potentially lucrative opportunity to learn sewing techniques?

Some of the biggest names of clothing, male names – as we will discuss in a moment, didn't learn to thread needles at their grandmothers' knees.

They learned their technique through sewing tutorials and, while some have never taken more than one sewing class, they are still giants of the garment industry.

Another trend that points to a revival of learning how to sew: sales of Singer, Brother and Bernina sewing machines.

At the turn of the century, consumers buying sewing tools and sewing supplies tended to be golden-agers (and female).

Today, we see middle-agers, people in their thirties and forties, of all genders, haunting the sewing notion counter, buying fabric and patterns for their beginner sewing projects.

Even adolescents are looking for free sewing patterns, claiming their status as beginners in the world of home sewing.

Eager as they are to get started, they still look for sewing tips – even online, before they start on their project.

Back to the topic of the sewing machine, now...

A quality appliance today is:

Long gone are the days of freestanding implements with treadles and long belts!

Machines that operate on either alternating or direct current, or are driven by constant flexing and stretching of your foot - giving a whole new meaning to pressing and presser foot!

Appliances that require the purchase of an additional accessory to buttonhole, and couldn't do much besides bob its needle up and down, into the bobbin case.

The machine of today can embroider, baste... execute all manner of stitching!

Whip stitch and slip stitch, straight stitch and back stitch: they are nothing to create when interfacing with even a basic sewing machine.

Thanks to lower cost, and perhaps because the best sewing machine available today is computerized, youths, so adept with technology, are sewing seams like never before!

Do you know what an overcast stitch is? Or how to sew a dart? Have you ever used a seam ripper?

These Men Will Keep You in Stitches

Sewing stitches, that is.

We're talking about the world of skirt, dress and purse design.

Lamentable but true: some of the greatest names in women's fashion are male.

Women are catching up, though. Soon, it will be a level playing field. Or, should we say cutting table?

There are no labels in fashion design. At least, no gender labels.

Here are just a few of the top – male – names who have made their mark, not as seamstresses, but in dressmaking.

Their vision and creativity have revitalised the meaning of fashion.

Valentino Garavani played himself in the movie The Devil Wears Prada.

This Italian designer learned everything from beginner sewing and how to thread any type of needle, to embellishment and the effective placement of appliqué while still in school.

Beyond the age when most of us would consider retirement, he is busy crafting his spring lineup.

Karl Lagerfeld is one of the busiest men in fashion!

Besides being artistic director for Chanel, he designs for his own brand, and the Italian label Fendi.

This tireless worker, busy as he is at no fewer than three fashion houses, still takes time to edit sewing books and supervise photoshoots.

Tom Ford has no ties to the Ford Modeling Agency

Formerly artistic designer for both Gucci and Yves Saint Laurent, this enterprising American started his own label, dressing such famous persons as Beyonce and Johnny Depp.

His suits featured in all three of Daniel Craig's Bond movies, too!

You can now enjoy this versatile artist's films: he has branched out into the movie industry as a screenwriter and film director.

Giorgio Armani is primarily known for his menswear, but increasingly, has branched out scents and sportswear.

He is one of the most innovative designers in the field of fashion!

Not only has he dressed Lady Gaga for her Monster Ball tour, but he was the first to ban skinny models and broadcast his collection live online (Spring 2007).

He is best known for his clean, tailored lines and elegant finishing.

Discover how you can learn sewing from the big names in fashion!

Sewing Notions for your Sewing Class

After reading this article, you must have come to the conclusion that needlework and pattern making are endemic to all genders.

More and more, people are turning to individual creation – the running stitch on the edge of our social media lives.

In fact, sewing underpins civilisation: through sewing bees and quilting bees, sewing aficionados share everything from the basics to tricks for piping and other easy projects.

If you find yourself lingering at the fabric store, or wondering what a rotary cutter is, be not abashed!

It is easy to become a sewer.

All you need are scissors, a sewing needle and sewing thread. Or you could purchase a whole sewing kit!

Invest in patterns for pants, skirts, dresses, and soon, you will find yourself embroiled in creative sewing, expressing your sense of style in all that you wear.

Learn all of the terminology pertaining to sewing...

Find out more about French seams.

Discover everything about couture clothing.