Learn Arabic from the best

The Fundamental Role Arabic Plays in the Muslim World BlogArabicWhy the Arabic Language Is So Important in the Muslim World

"How can humankind resist the beauty of this language, with its logic and unique brilliance? Even the Arab's neighbors, people they've conquered, have fallen under the charm of this language." Sigrid Hunke (1913-1999)

As the Arabic language and culture have expanded internationally over the centuries, they have become a source of fascination and interest for many people, with some saying it is the world's most beautiful language.

Arabic, a Semitic language that is thousands of years old, is known as the one and only language of the Quran and the official language of Islamic countries.

But, the sphere of influence enjoyed by this language is actually much larger. Islamic civilization has crossed every border and has become part of every culture on the planet.

Arabic saw a rapid expansion during the Middle Ages and its heritage has extended well beyond Islam into the arts, Arabic literature (the writings of Avicenna, Arabic poetry, etc.), science, cuisine, traditions, communication, and more.

Learning Arabic in a global society is important for the following groups:

As you are undoubtedly aware, in Arabic there is a difference between the spoken and the written language.

Spoken Arabic is made up of different Arabic dialects. This means that Moroccan Arabic is different to Egyptian Arabic, and that of Syria differs to that of Qatar or Iraq.

In other words, each of the Arabic speaking countries of the Middle East and North Africa speaks a slightly different version of Arabic, with different words, phrases and colloquial expressions.

When it comes to written Arabic, the picture is much more straight forward. The dominant form of written Arabic is Modern standard Arabic (Msa), which is generally what any Arabic course will focus on as it is the form of Arabic which is used internationally.

The good news is that Msa and classical Arabic aren't too dissimilar, and many native speakers use them almost interchangeably.

So given that classical Arabic is the language used in the Quran, it is not difficult to see that learning Arabic and the Muslim world go hand in hand.

In an attempt to highlight the vital role Arabic plays in Islamic culture, Superprof has taken a comprehensive look at reasons you may want to learn Arabic today. 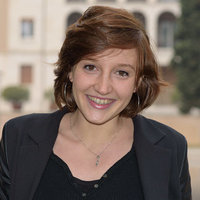 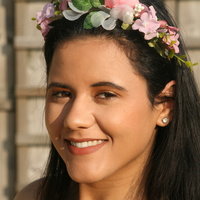 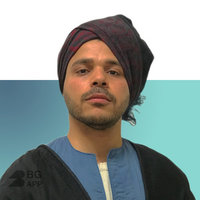 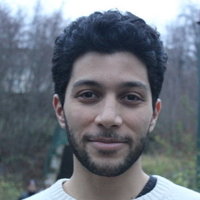 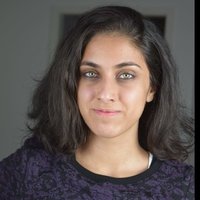 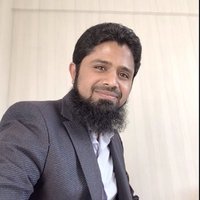 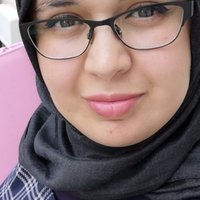 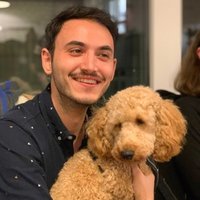 The Arabic Language Is the Language of the Quran and Islam

"The language Allah chose is the Arabic language. He sent his precious book (the Quran) written in Arabic, the language of the last prophet. For this reason, it is the duty of everyone to learn Arabic."

Al-Shafi'i (767-820) was an Egyptian lawyer, intellectual, and founder of the Shafi'i school (madhhab in Arabic), a school of Sunni Islamic law.

The hijra (هجرة), which refers to the prophet Mohammad's 622 pilgrimage from Mecca to Yathrib, today's Medina, is an important step in the Islamic religion.

The sacred book of Islam, the Quran (القُرْآن, al-Qur’ān in Arabic), confirms the Arabic language as the only official language of Islam.

As an aside, how might you learn Arabic through the literal translation of the word "book"?

Arabic was chosen by Allah, and the Muslim holy scripture is written entirely in Arabic.

Therefore, every Muslim must learn to read and speak Arabic, the language of the prophet, in order to be able to understand and interpret the word of Allah through prayer and reading the Quran.

Because Arabic is considered the authentic language and THE language of the prophet, it is vital that every Muslim learn to speak Arabic in order to understand the Quran.

Studying the Quran Is a Pillar of Islamic Culture.

The holy book contains 6000 difficult-to-pronounce verses. Interpreting the Quran has become a veritable science. Muslim intellectuals and scholars seek a critical explanation and interpretation of the Quran.

The art of of correctly reciting the Quran, and of chanting prayers, is known as the tajwid. The term is derived from the root j-w-d meaning "to make well, make better, improve."

The greatest challenge for a practicing Muslim is reading the Quran. The holy scripture is so complex that many Muslims find it difficult to recite and comprehend.

Courses in Quranic Arabic and reading the Quran are required if believers wish to learn the rules of tajwid.

Arabic Is an Influential Language Throughout the World

With an estimated 420 million Arabic speakers on the planet, 290 million of whom speak it as a native language, Arabic has become the 5th most spoken linguistic group in the world.

Arabic is an official language in 26 Arabic countries, including the twenty-two countries in the Arab League.

Every Arab country is a member of the Arab League, totaling 378.2 million people as of 2014. Populous observer states Brazil, India, Venezuela, and Turkey are also members.

When we consider the number of Arab speakers born or living outside of the Arab world, it's easy to see how important the Arabic language is, if only from a quantitative viewpoint.

Arabic is very different from English. It is written from right to left for a start, but it also uses a different alphabet and grammatical structure so learning Arabic might take some time.

Learning Arabic Is Important Due to Its Global Significance

Arabic is also the official language of such international institutions as the UN, the Organization of Islamic Cooperation, Arab Maghreb Union, and the African Union.

So, learning to speak Arabic can play an important part in opening up professional opportunities and working in international business!

With the diffusion of Islam, Arabic became the recognized language of the Quran, saw a rapid expansion throughout its history, and is now present on all continents.

The Muslim conquest of the Iberian peninsula by the Umayyad Caliphate, the Muslim domination of Europe from the 8th to the 16th century, as well as the rule of the Ottoman empire for several hundred years up to the start of the First World War helped Islam to expand its presence, leaving an indelible mark on the languages and cultures of Europe.

Science, literature, architecture, music, and Islam were achieving a high level of development in the Arab world just as Christianity was entering the Dark Ages, only to emerge during the Renaissance of the 16th century.

The Arabic language was the vehicle for avant-garde thinking in literature, philosophy, and science. Greek and Latin philosophical ideas continued to flourish in the great Middle Eastern civilizations through the Arabic language.

In fact, European languages - French, Spanish, Italian, English - have been greatly influenced over the past several centuries by the Arabic language and culture. Arabic is not quite so foreign after all.

Many Languages Have Borrowed From the Richness of Literary Arabic.

Arabic has left deep historic, scientific, and cultural imprints on European languages, such as French, English, Italian, Portuguese, and Spanish.

You could learn Arabic online and start scoping those imprints for yourself!

For example, English has many words of Arabic origin due largely to the propagation of the Islamic civilization.

Literary Arabic has been standardized to be universally understood as opposed to dialectical Arabic which includes variants of Arabic. Each Arabic-speaking country has its own dialect. Moroccans, for example, speak Darija!

Reading, writing, and understanding Arabic is said to be quite complex.

Here is why that may be so:

Check this out! According to an Arabic grammarian, it takes six camels to transport the entire compendium of Arabic language roots!

About 900 English words have Arabic origins, and many Arabic words are part of the average English vocabulary.

So, learning about the Arabic language means learning more about the English language!

And, Arabic influence does not stop at the English language.

To wrap up this article, let's debunk an unfortunately common stereotype.

Arabs are too often automatically associated with Islam.

As you can see, Islamic culture exists well beyond the borders of Arabic countries!

Consider taking Arabic lessons so you can learn more about this ancient culture!

In fact, Arabs make up only 20% of the total Muslim population.

As of 2011, while there were 378.2 inhabitants of the Arab world, there were 1.6 billion Muslims worldwide.

10% of the Egyptian and Syrian populations are Arabic. 15% of these groups are Christian. Many Arab-speaking Jews live in Morocco and Tunisia.

The countries with the largest Muslim populations are listed below.

93% of the population in Turkmenistan claim Islam as their religion. However, they do not speak Arabic and are not part of the Arabic world!

In the end, while Arabic is the official language of the Quran and one of the pillars of Islamic civilization, Islam has been moving beyond Arabic populations ever since the fall of the Baghdad Caliphate on February 10, 1258.

So with so much that we don't know about Arabic, learning the language of Islam with not only make you bilingual, it will open your eyes to everything you have ever wanted to know about Arabic.