The Contributions of the Arabic Language to Our Society When we ask students which languages they want to learn for their futures, whether it's in the professional or personal realm, most respond one of two ways almost right away: Spanish or Chinese. Spanish for its predominance in Central and South America, and Chinese because it's the most common language in the world, and because Chinese economic and cultural influence internationally has been growing at an incredible rate.

English is still the most utilized language in terms of international business communication, used in almost every international trade, so you've got an advantage already since it's your mother tongue.

But if you're ambitious, and thinking about your future, how about Arabic?

You would be among a very small number of University students who choose to learn Arabic as their second language.

The Arabic language is a fascinating language that is already all around us, in everything we do, in the words that we use, in computer code and math, in the ways we look at the stars, or write poetry.

Did you know you were already speaking Arabic without realizing you were?

Did you know how much this incredibly rich language contributes to Western culture?

From cultural, educational, and professional points of view, speaking, reading, and writing Modern Standard Arabic, sometimes referred to as classical Arabic, are truly invaluable skills, the impacts of which will be seen for years to come.

Whether it's of Turkish descent or Iranian, Syrian descent or Iraqi, the influence of the ancient Muslim community on our modern lives comes from all corners of the Arab world. From North Africa, to central Asia via the Ottoman Empire, the Islamic world has provided us with many vital contributions.

So let's look at this wonderful heritage of the Arabic language, Arab culture, and the Arab civilization, which has shaped our everyday lives for hundreds of years.

In the arts, literature, sciences, philosophy, and architecture, you'll learn about these more-or-less unknown influences that have driven our ways of thinking for many years.

Why not try out Arabic classes London to find out more about this fascinating language? 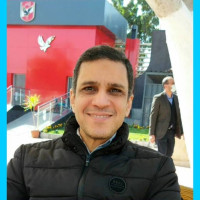 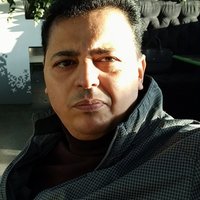 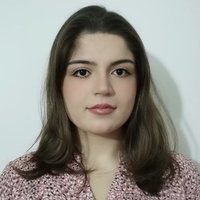 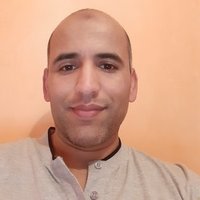 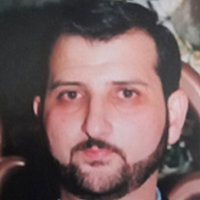 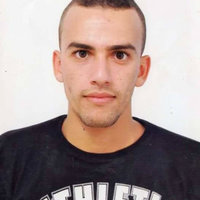 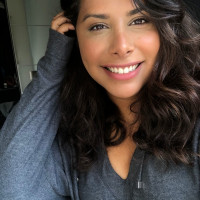 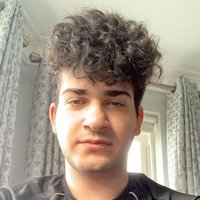 Are You Speaking Arabic without Realizing It?

A country's language is a bountiful breeding ground and a unique opportunity to get to know its culture.

The Arabic language is not exempt from this and all you have to do is look towards the different ports on the Mediterranean Sea to recognize the diversity of the populations and cultures that live and pass through there, as they have for centuries.

In this vein, several European languages have become mixed with Arabic, such as the English language which is often used as the default language for international commerce. Perhaps without even realizing it, you're already using Arabic words just as Arabic populations have taken European, and certainly English, words into their everyday language.

Just like French, Spanish or Italian, the Arabic language is a foreign language whose influence is felt in each aspect our everyday life.

Did you know that there are almost 1000 English words of Arabic origin?

When you eat at a restaurant or cafe, you're using Arabic words; words like coffee, sugar, mocha, and even orange are also solid examples of their influence on our lives every day.

A lot of English words reproduce the texture of an object even if the original name has been lost: chess (it was the emissary Haroun al-Rachid who introduced the game to Charlemagne's court, from which it spread to the whole of Europe), and materials like mohair, taffeta, moire, and damask all come from literary Arabic or dialectical Arabic.

So how can we deny the immense influence of Arabic vocabulary in the English language? Isn't that a great reason to learn Arabic, for it's cultural richness?

As you can see, even if you don't yet know how to read and write in Arabic, even if you're only beginning to make sense of the Arabic alphabet, you've already got some understanding of the Semitic language that is Arabic.

If you're wondering why you should learn Arabic, you should also know that great Arabic writers have been enhancing our culture for centuries. Whether Persian, Arab, or Maghreb, from Lebanon, Syria or Iraq, they've been incredibly important in terms of poetry, novels, stories, fables — Arabic literature offers you everything to entrance yourself and enrich your life.

It's also a good way to increase your knowledge of Arabic vocabulary, to learn idiomatic Arabic expressions, to review your Arabic grammar, and to learn to read Arabic aloud to practice your pronunciation.

As you decipher sentences in Arabic, you'll throw yourself into a voyage in a marvelous country, rich with ancient know-how and traditional wisdom.

In the Arab countries, where literary transmission has an oral tradition, beginning with Indian and Persian fables, there was a literary blossoming that occurred when Arabic grammarians set the rules to obtain a written language that adheres as closely as possible to the original language. Dictionaries and new literary genres then appeared in Arab countries, like the epistle, the novel, or even what is called maqamat ("sessions"), which mixes fiction and reality in a central character.

As for Arabic poetry and Arabic poems, it originally celebrated the great victories, as with poet Al Mutanabbi, sang about love and illicit lovers, as with Abu Nuwas, or retold the popular legends, as with A Thousand and One Nights, often called Arabian Nights.

More recently, the Egyptian novelist Naguib Mahfouz received the Nobel Prize for Literature, but there are also other celebrated authors who figure into the pantheon of great Arabic writers and poets, such as the Lebanese philosopher and writer Khalil Gibran, who wrote the world-famous book The Prophet, or the Palestinian poet Mahmoud Darwish. If you look back to slightly more recent times, you will find the philosopher, Avicenna (also known as Ibn Sina) and the polymath, Averroes, whose influence on western thought is still felt today.

The history of the Arabic language is littered with ways that it has influenced the world. But to understand Arab thinking, and to take full stock of the affects and considerable contributions that this culture and civilization have made, including the richness of its language, look no further than Arab art, much of which is still with us.

In Arab countries, art is not a means unto itself but instead a way to connect people to each other, and to their surroundings.

The introduction of paper and the distribution of books was greatly enhanced by the development of book arts and illustration.

Principally used with works of zoology, medicine, and astrology, illustrated editions were widespread, as were decorative editions of the Holy Quran.

A number of so-called illuminated Arabic books were also made, such as the Kalila wa Dimma (also a good book in terms of learning Arabic), Maqamat, and the long poem Shahnamade Firdawsi.

Calligraphy is not something that stands alone, it figures directly into many other forms of Arab-Islamic arts.

According to tradition, calligraphy is a gift from God and when you learn to write in Arabic calligraphy, you're getting closer to God.

This form of writing has now spread to all sorts of materials: paper, ceramics, textiles, wood, and even parchment, with the shapes of the letters changing little by little.

Learning to read the Arabic language with traditional classes, distance courses, private lessons, or even an online Arabic course, enables you to learn about an important aspects of our history, and to lift the veil on a part of modern civilization.

The contributions that Arab culture has made to the world of mathematics is quite simply astounding.

Arabs borrowed and improved upon the numerical system of the Indians and invented the concept of 0, zero, which literally meant "the emptiness" in Arabic, and which simplified Arab calculations. We can see quite clearly how numbers in Arabic have influenced the numbers we see today.

The history of math overflows with Arab inventions, like the word algorithm, which was invented by the mathematician Al Khawarizmi, and the unknown variable X, created during the Golden Age of medieval Islamic civilisation

All of these inventions had one common goal: solving everyday problems.

As for Astronomy, it was originally connected with forms of astrology that were spreading in the Arab world in the Middle-Ages. With these beliefs as a basis, Perisan and Arab astronomers were able to: use math to calculate longitudes, create a calendar, build a model of the solar system with the sun at the center, and not the Earth, as was believed in the West.

By the Middle Ages, Arabs were pioneers in the fields of medicine, basically inventing the modern medicine we have today.

In revisiting the knowledge of the Greeks and the teachings of Hippocrates, they took up the theory of the humors, according to which various illnesses were caused by imbalances in the bile, blood, and the phlegm that govern our bodies and personalities.

The treatments developed by the Arabs, however, relied on balancing the equilibrium through a methodical approach based on logic and study of cause and effect.

They ended up developing what we call the art of diagnosis, and established the first rules governing the medical profession.

Their contributions to medicine are innumerable, but include the construction of the first hospitals and recovery rooms, an incredible pharmacopeia based on plants, veterinary drugs, mineral extracts, ointments, salves, etc.

All you have to do is read Avicenna's The Canon of Medicine to recognize the immense encyclopedic knowledge of the Arab world at this time, and just like any other idea, it'll almost certainly boost your Arabic vocabulary.

The amazing wave of translations of writings from Greek to Arabic enabled the preservation of a number of great works, including those by Aristotle. The phenomenal library in Cairo is well known for its prestigious collection and sheer size, with more than 1.6 million books.

It's also within Arab philosophy that you'll discover an understanding of Arab thinking. The great Arab philosophers, such as Al Kindi (born in modern day Baghdad), Farabi (born in Persia), and Ghazali (from the Abbasid Caliphate), all influenced scholars in France, Spain, and the rest of the West. Ibn Rushd, more well known as Averroes, was an Andalusian thinker who left a great imprint on philosophy and human thought.

What more is there to say about learning the Arabic language?

You can easily see that Arab influence is present in all fields and that our everyday lives bear the fruit of their contributions, whether it's in terms of education, culture, thought, or language (not to mention business).

All of these forms of information are wonderful supplemental materials as you learn Arabic, and will boost your skill level, especially in terms of verb conjugation, helping you with your Arabic pronunciation, and training your ear to hear native speakers express themselves in a natural setting.